Insulin resistance (IR) is present in the vast majority of persons suffering from the most prevalent chronic diseases currently experienced in the developed and developing world. This research aims to show that the modern diet of highly processed foods high in carbohydrates, sugar and vegetable oils are especially damaging to the health of those with insulin resistance. Whereas a diet that restricts these foodstuffs improves the health of those with IR.

We help researchers and health professionals translate clinical outcomes from LCHF interventions into academic publications. The Insulin Resistance Model of Chronic Ill Health (IRMCIH) model’s explanations for interventions are tested based on patients’ real-world compliance and their outcomes.

The effects of a low-carbohydrate, high fat diet on diabetes related physiological mechanisms

The effects of a low-carbohydrate, high fat diet on diabetes related physiological mechanisms.

Low carbohydrate high fat (LCHF) diets are an effective means for people with type 2 diabetes (T2D) to improve glucose control and reduce medication use, however there are still many unanswered questions about the diet. For example, there is much confusion as to what actually constitutes an effective LCHF diet in practice and little is known about the perceptions and experiences of T2D patients who follow an LCHF diet. The physiological mechanisms of how the diet improves glucose control and affects health are not clearly understood. Understanding these mechanisms is important if LCHF diets are to be widely accepted for managing T2D because there are still concerns that the high fat component of the diet will negatively impact other aspects of diabetes pathology.

The burden of diabetes is a growing global problem, not only for patients and families, but also for health insurance providers and the wider economy. Much of this is driven by lifestyle, such as what we eat and drink, smoking and how little we exercise. Health-related behaviour is difficult to shift. Measuring and tracking behaviour in the field is often a challenge. Wearable health-monitoring technology may offer innovative solutions for lifestyle modification, as well as the study of it. We want to understand how we can support type 2 diabetes patients form sustainable low-carb healthy-eating habits. We are motivated by the questions: What level of personalised feedback is most helpful for diabetes patients to achieve their diet and glucose control goals? To what extent do cognitive and behavioural barriers prevent diabetes reversal? This novel study will be relevant in the context of COVID-19 as improved metabolic health is associated with a lower risk of mortality. 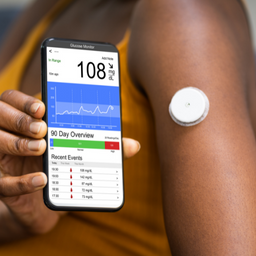 An investigation into macadamia nut oil supplementation: The effect of macadamia nut oil on metabolic health markers of interest, when compared with two alternative natural culinary oils, and the health benefits associated with them, during an 8-week period.

An investigation into macadamia nut oil supplementation: The effect of macadamia nut oil on metabolic health markers of interest, when compared with two alternative natural culinary oils, and the health benefits associated with them, during an 8-week period.

Macadamia nuts and its oil contain high levels of monounsaturated fats (MUFAs), namely oleic and palmitoleic acid, as well as phenolic compounds which may provide a beneficial outcome with regards to human biomarkers. A unique relationship exists between the healthful compounds found within macadamia nuts and their capability of interacting with numerous bioenzymatic pathways. This pilot study was conducted with 60 participants to ascertain the effects of consuming macadamia nut oil (MNO) over an 8-week period on various human health markers of interest, mainly relating to changes in hepatic health markers, inflammation, as well as lipid and glycemic profiles. The effects of MNO on the aforementioned human health markers were compared with that of both coconut and olive oil. Participants followed either a low carbohydrate high fat (LCHF) diet (carbohydrates <130 g/d or <26% total energy) or a standard diet (carbohydrates >130g/d or >45% total energy). Participants were randomly assigned one of the three natural oil supplements for the duration of the intervention.

The standard diet group (SMN) recorded more improvements than that of the LMN group. CRP levels improved significantly within the group and a positive effect on all hepatic health markers was detected. There was improvement to both LDL-C and triglyceride concentrations. The SMN group followed the same pattern as that of the LMN where fasting glucose levels improved, whilst HbA1c levels negatively increased. Fewer health markers showed improvement in both dietary groups for coconut and olive oil when compared with the MNO groups.

However, improvements to the overall lipid profile of the LCHF coconut oil (LCO) group was observed. Only HDL-C concentrations improved within the standard coconut oil (SCO) group. Markers of inflammation within the LCO group showed improvements, with a significant result for ESR. ESR is a good indicator of inflammation within the body. Average amylase and lipase readings for the SCO group positively decreased. Of the three oil groups, olive oil showed the least improvements to health markers after the intervention. The LCHF olive oil (LOO) group followed the same amylase and lipase pattern as the SCO group, showing a small decline. The olive oils groups were the only ones to show an improvement in HbA1c levels, however, both did not show fasting glucose level improvements. Lastly, both olive oil groups presented a reduction in triglyceride levels.

Macadamia nuts and their unique properties have the potential to lower inflammation and oxidative stress, which may assist in mitigating the risk for chronic diseases. The results of the pilot indicate that including macadamia nut oil into a daily diet may have cardioprotective effects and aid in the prevention of future diseases of lifestyle. From the results obtained in this pilot study, macadamia nut oil demonstrated promising beneficial effects for human health when compared to oils, such as coconut and olive oil. Further research on long-term macadamia nut or macadamia nut oil consumption and its positive effects on certain health markers should be explored in depth. 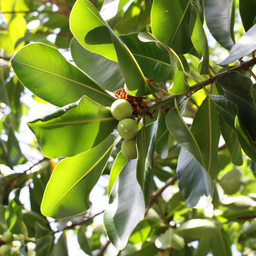